Every science is based on certain principles and the same holds true for the Homoeopathic science too. There are a few solid, fundamental principles, which form the basis of this great science. It has its own unique philosophy and therapeutics that are founded on seven cardinal principles.

They are as follows:

Let us consider each of these principles in detail to have a better perspective of the Homoeopathic system of medicine.

Some like Hippocrates and Paracelsus knew this Law of Similars even before Hahnemann rediscovered it and founded a whole system of therapeutics based on it. Hahnemann distinctly declares that the phenomenon of cure entirely depends upon this law. In other words, this is the law that governs Homoeopathy and forms the most fundamental basis of this science.

The word ‘homoios’ means ‘like’ or ‘similar’ and ‘pathos’ means ‘suffering’ and so Homoeopathy is a ‘Medicine of likes’. It is a method of curing the sufferings in a diseased individual by administration of remedies that have the capacity to produce similar sufferings in a relatively healthy individual (by symptom similarity).

Thus Hahnemann derived the Law of Similia based on this principle, and has stated it in the aphorism number 26 in the book, Organon of medicine, which reads as follows :

“A weaker dynamic affection is permanently extinguished in the living organism by a stronger one, if the latter (whilst differing in kind) is very similar to the former in its manifestations.”

By this he means, that each individual case of disease is most surely, radically, rapidly and permanently annihilated and cured if the symptoms of the medicine chosen (without it being of the same species) are similar to the disease symptoms but superior to it in strength.

This law is also called as SIMILIA SIMILIBUS CURANTUR, which means ‘Let likes be treated by likes’ (like cures like). By this law, he wants to emphasize that, in order to execute a cure and heal an ailing person, a homoeopathic physician needs to administer a drug that produces symptoms that are similar to the diseased symptoms.

This law can be prominently seen in nature too :

Hahnemann states in aphorisms 272-274, ‘Only one, single, simple remedy should be administered to the patient at one time’ This is the law of simplex.

He further explains this in a simplified manner as :

This quantitative reduction of the medicinal substance is achieved by the method of potentisation, which avoids the unwanted medicinal aggravation caused by crude substances, and prevents chances of any organ damage.

A French mathematician, Maupertius, also observed this same principle and stated, ‘The quantity of action necessary to affect any change in the nature is the least possible, an infinitesimal’. (Refer- Principles and art and cure by Roberts)

Drug proving is a systemic investigation and evaluation of the disease producing power of a substance on healthy human beings of sexes, different age groups and people from different places.

In drug proving, a drug or a medicine is administered to a group of relatively healthy individuals (provers) until symptoms of ill health and disease appear in them. These provers are instructed to carefully observe and note all finer sensations, feelings and emotions, or any subtle deviations in the normal functioning of the various organs and parts of the body.

After the proving is concluded, symptoms reported by the provers are carefully assessed, evaluated, classified and grouped according to the part of the body affected and degree of severity. The end result of this work is compiled in a systematic order and the ‘Materia Medica’ of the proved drug is created. This drug can be administered as a curative remedy to an ailing person when he presents with a similar set of symptoms. Only well proved remedies are used to prescribe for the patients. Various sources must be explored and proved in order to understand their curative properties and added to the bulk of the already existing Materia Medica.

It is a prerequisite, to choose healthy individuals for conducting a drug proving, because if a diseased person is chosen, the symptoms of the drug to be proved and the disease symptoms will merge with each other and an accurate picture of the drug will not emerge.

Drug proving also needs to be done exclusively on human beings as they can describe subjective sensations and feelings precisely and in detail. Only humans have the intelligence to appreciate and record subjective symptoms as deviations from their normal conditions of life. They can describe the exact location and the precise sensations of their physical symptoms and explain factors, which lessen or worsen their complaints. They are capable of giving a vivid picture of the mental state in the course of the proving and can also describe their dreams, which denote the subconscious mind.

The subjective mental and physical symptoms thus obtained are of great prescriptive value. These things can only be elicited by proving carried out on humans and can never be elicited in a proving conducted on animals as they have not been bestowed with the intelligence to perceive, and capability to communicate in the way a human can.

After 30 years of homoeopathic practice Dr.Hahnemann realized that homeopathy failed to execute a ‘real cure’ in some diseases. He observed that in many cases symptoms got ameliorated for a brief period only to relapse at a later date. This intrigued him and made him reflect as to the possible cause of these failures. The following were the probable causes that were considered….

Hahnemann, by his reasoning and logic, excluded the other probabilities and concluded that certain obstacles were responsible for the relapses and failures. So he studied the chronic cases in great depth and after 12 years of studies, he discovered that chronic diseases are caused by chronic miasms.

Miasm is an obnoxious disease-producing agent, dynamic in nature and inimical to life. He founded the theory of miasms and named the miasms as :

Psora is the mother of all chronic diseases and almost 80% of chronic diseases come under its domain. It is an internal disease, which may exist with or without an eruption on skin. It is the fostering soil for every possible disease condition. Hahnemann realized that psora is not a local skin disease, but a manifestation of an internal disorder of unhealthiness and should never be treated by external remedies. Unless it is thoroughly cured, it persists till the last breath of life.

Psoric personalities are mentally active, quick, alert, but easily prostrated from exertion, both mental and physical. They are very anxious and fear death, that health will fail, of being unable to succeed. Ill-effects from strong emotions grief, fear, etc. Physical manifestations are in the form of itch, skin eruptions etc. Sycosis & Syphilis follows Psora.

Sycosis is generally understood to be the gonorrheal poison but gonorrhea is an acute gonococcal infection that develops after an exposure, while Sycosis is established after a suppressed gonorrhea when the acute infection is driven in upon the vital energy by external methods of suppression making a systematic stigma that permeates every cell of the living organism.

Sycotic personalities are highly suspicious, jealous, vindictive and quarrelsome. They have fixity and rigidity of thoughts. Physical manifestations are seen in the form of warts, gonorrhea etc.

Syphilis is comparatively a modern disease, which occurs through sexual contact. It presents as chancre, and with discharging eruptions on the genitals. Whereas the miasm Syphilis is a lethal poison which when once driven inside or suppressed, starts eating into the system destroying tissues and altering the structure of bones, ligaments etc. Long standing Psora or Sycosis can lead to Syphilis where the manifestations are destructive. There is a chronic desperate struggle to survive, which is similarly seen even at the level of mind.

Syphilitic personalities are hopeless, violent, sadists, criminals and anti-social. The person is slow of comprehension, sullen, stupid, easily angered. The breaking out of an ulcer or hemorrhages relieves mental troubles. Physical manifestations are seen in the form of ulcerations, induration, caries etc. Also, there is marked nightly aggravation of all complaints.

In this age of modern medicine, diseases that have been suppressed by over use of antibiotics, steroids, immunosuppressant and strong narcotics may develop into complex diseases, which are manifestation of combination of miasms ( psoro-sycosis, psoro-syphilis, syco-syphilis and/or combination of all three psoro-syco-syphilis). Fibromyalgia, severe psychosis, dissociative personality disorder, ADD, ADHD, Autism, cancers of various organs are examples of such mixed miasmatic manifestations. This diseases are very hard but not impossible to treat with proper homeopathic medicines.

Vital force is the invisible vital energy that animates each organism and is the most intimate spark, the essence of the individual. The material organism (body), without the vital force is capable of no sensation, no function, no self-preservation; it derives all sensations and performs all the functions of life solely by means of the immaterial being (vital force), which animates the material organism in health and in disease. In health it is this spirit-like force that governs the life and maintains all the bodily sensations and functions in equilibrium.

When a person falls ill it is only this spiritual, self-acting (automatic) vital force, everywhere present in his organism, which is primarily deranged by the dynamic influence upon it of a morbific (disease causing) agent inimical to life. It is only the vital force, deranged to such an abnormal state, which can furnish the organism with its disagreeable sensations and incline it to the irregular processes, which we call disease.

Hence in disease, there is dynamic derangement of the vital force, which leads to disharmony and alteration of all the bodily functions and sensations. Hahnemann has described about this vital force in the Organon of medicine in aphorism 9 and 10 as follows :

‘In the healthy condition of man, the spiritual vital force (autocracy), the dynamis that animates the material body (organism), rules with unbounded sway, and retains all the parts of the organism in admirable, harmonious, vital operation, as regards both sensations and functions, so that our indwelling, reason-gifted mind can freely employ this living, healthy instrument for the higher purposes of our existence’.

‘The material organism without the vital force is capable of no sensation, no function, no self preservation; it derives all sensations & performs all functions of life solely by means of the immaterial being – the vital force which stimulates the organism in health and disease’.

Hahnemann began the experiments of the application of proven drugs for the cure of the sick upon the basis of the law of similars, by using drugs in their full strength but many a times, he observed aggravation of the ailments in patients. He reasoned that the dose was too large and hence started diluting the drug on a definite scale .He found to his surprise that the results obtained were much better. He continued this process of dilution until he discovered that the curative power of drugs bore no proportionate relationship to the crude quantity, but by this peculiar and systematic method of dilution based on a regular scale, the concealed curative powers of otherwise inert substances were extracted. He named this process of drug dynamization as ‘Potentisation’. Potentisation is a process by which all the medicinal properties, which are latent in a substance, are extracted from their crude form for the curative purpose.

There are two methods of potentisation; Trituration for insoluble substances and Sucussion for soluble ones.

In drug proving, when a drug is administered in a high potency, the symptoms obtained are more accurate and finer, more so at the level of mind.

Login Form
(For Online Consultation Only) 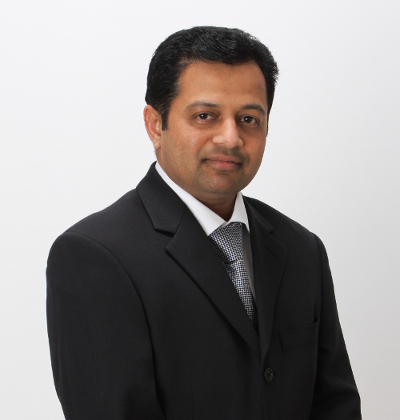